Keeping up with the latest SEO Tools is almost a full time job by itself these days.

To see if there were any SEO tools I’d missed out on in 2014 so far, I posed the question to twitter:

What are your TOP 3 SEO Tools?
#QuickPoll (will become blogpost feat. your tweets!)

The response was far greater than I’d anticipated, with 130+ people replying with their top tools.

Note: the list isn’t intended to be completely exhaustive, nor is it intended to be any official popularity ranking, although there is enough data to draw some decent conclusions.

As you can see, from the above over 50% of respondents named the same tool, a pretty exceptional result for the eventual “winner” in the popularity stakes, but more on that later. 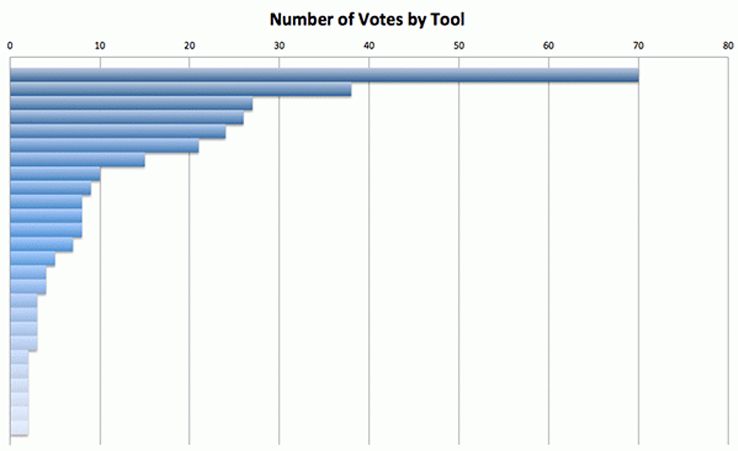 As this suggests, nearly 50% of the respondents suggested something unique to themselves. This is one of the real beauties of the SEO industry – there is a tool for every occasion, sometimes more than one, and each has its own strong or weak-points. Knowing what to use and when, is part of being a professional SEO in 2014.

I’ve avoided including some tools where only one person nominated it, and that person had a vested interest in it (generally, it was that persons own tool). I’ve also been unable to find a couple that were suggested, so those have stayed off the list as well.

All tools nominated, meeting the above criteria, in alphabetical order are:

While most of us will probably already use at least three or four of the above tools, seeing them all in one list really brings home just how diverse our industry is these days.

The Winners by Category 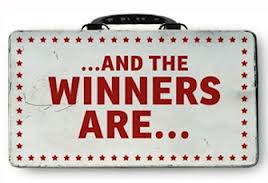 A small category, but then maintaining an alternate index of Google’s rankings for competitive research is a big ask, and SEMrush just edged SearchMetrics by one vote in the target set. Both products are fantastic so equally deserve to be winners in my book – SearchMetrics is an incredibly detailed product with more data than you can shake a stick at, whereas SEMrush offers incredible value for money albeit for a marginally smaller index depth.

A pretty clear win here for Moz.com! With 3x more votes than its nearest competitor its a clear winner in the marketing platform category, although some may (and rightly so) argue its an unfair comparison as Linkdex not to mention a few others on the list are more targeted towards large teams than individual marketers or smaller teams. All the same, an impressive win for the Moz!

Majestic proves a clear winner in the backlink profile tools list – unsurprising really given its got the most in depth feature set, along with some pretty awesome levels of data.  While the user interface might not be as polished as its two main competitors (sorry guys, its true though!) its utility is un-matched.  Did I also mention its quite incredible value for money as well?

Combining it with analysis tools ranging from AWR through to LinkRisk enhances its potential no end, and you can even dump its data directly into excel using either Niels Bosma’s Excel SEOtool or the rather tasty SEOgadget (sorry, BuiltVisible) excel plugin.

A crushing victory for everybody’s (well, statistically 52.2% of SEO’s) favourite tool!
Screaming Frog wins the overall voting by some margin, doubling the tally of all, except Majestic’s vote counts.

Why is the Screaming Frog so popular among SEO’s? 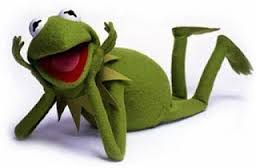 Well, quite simply there isn’t another site crawler currently on the market that has as rich a feature set and user experience.

The only real competition I even remember screaming frog having was Xenu link sleuth, but that hasn’t been updated in longer than most of the industry have been working in SEO, and I bet most practitioners probably haven’t even heard of it these days.

If you dont know Screaming Frog, you need to grab a copy of it right now – if you are a user already you can be safe in the knowledge you made the right choice!

All nominations sorted by popularity 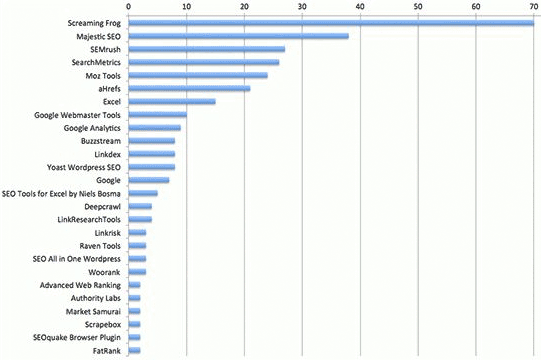 And the following tools all had one vote each:

Most of these tools are worth checking out if you are unaware of them, they range from Alexa offered as a site intelligence tool (of dubious accuracy) by Amazon, through to Tom Anthony’s HTTP header check, an incredibly useful albeit simple browser add-on.

The purpose of this entire exercise has been to share what tools are popular with the community right now, and I’m sure there are loads that have been missed out of the list above.

I’d love to hear from you in the comments below, which are your favourites, and why!