If you want information on SEO, consult an expert

The overall message is spot on, and the article is sound.  Its basis being that using “online PR” as a link building tool is a bad idea.

I absolutely agree with that sentiment, and I bet that real PR people are pig sick of link merchants like PRweb pumping out millions of press releases purely as link building strategies for their clients.

The bit of the article though that worries me is this:

When individuals, posting on company blogs that should be trusted resources of information take no effort to research their claims about SEO, it damages our industry as a whole. 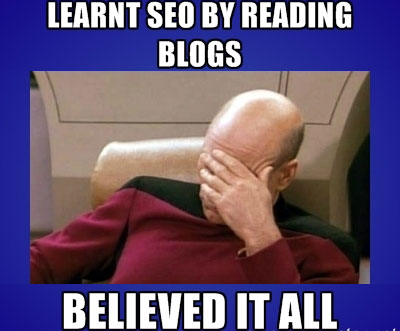 The Florida update didn’t introduce the use of links as Google’s primary ranking factor.

That has always been PageRank Algorithm, which was proposed on January 29th 1998, and became the basis for Google.  You can read the original paper published by Larry and Sergey while they were both Stanford Alumi here.

The very reason that Google won the search engine battle of the mid 90’s to early 2000’s was down to the fact they didn’t use keyword density, or TF*IDF as their main ranking mechanism.  That made it harder to game effectively.

The Florida update introduced a relevancy score into backlink portfolios for a website.  Back in the day all you needed to do was have more websites linking to you than your competitor, often done using the old /links.html trick with thousands of other sites in reciprocal linking rings.

To state as fact, that prior to 2003 Google didn’t use links as a ranking factor is flat out wrong.

I’d be extremely grateful if Porter Novelli or Chad Hyett could update that post to reflect the truth, our industry is rife with mis-information and when an organisation that should be considered trustworthy publishes incorrect information, it does nobody any favours.

FULL DISCLOSURE:
Porter Novelli are owned by D.A.S., which is a division of Omnicom.  I’m former Head of SEO for Omnicom (UK).

22 thoughts on “SEO advice from a PR firm”