I’ve just skim-read a mammoth thread over at inbound.org about the age old battle of good vs. evil,  heroes vs. villains…  oh, ok: White-hat vs. Black-hat SEO.

There are a couple of things I would like to add to the discussion, from personal experience: 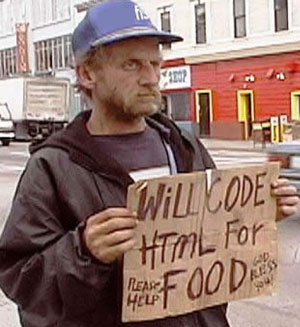 I’m not clear whether Charles Floate is talking about building your own sites to make $5k/month (it looks like it to me) but its interpreted otherwise (ie. by Ed Fry) in the thread, so I’ll go with that.

$5k a month is the minimum retainer that a lot of experienced people in the industry work with now, thats because we understand where taking “risks” is appropriate & what strategies work for specific brands requirements.

Martin Harris goes on to mention that he knows a lot of high street retailers that won’t spend more than £3k a month on SEO. My favourite example of such a brand was HMV & look what happened to them.

White hats are black hats because they build links

I’ve argued this point a lot over the years, any form of linkbuilding for the sake of improving your rankings, is frowned upon by google’s guidelines.  They are quite specific:

The way I’m reading that, it says “ANY LINKS INTENDED TO MANIPULATE……A SITES RANKING”.  If you, as an SEO, are building links for purposes other than increasing rankings you’re probably not doing it right.

That doesn’t however make you a blackhat, it makes you a marketer.  Also, last time I checked Google guidelines weren’t law, so you are free to do what you like.

Blackhat still works, all you need to do is xyz

I’m with Steve on this one.  Lets look at some typical examples:

Which path you want to take is up to you.

I certainly used to buy 10,000s of blog-posts, spend thousands of dollars a month on links and so on.

Back then when you got a page level penalty, all you needed to do was no-index the problem page, then a short while later 301 it to a fresh URL.  It also used to take quite a while (if ever) for Google to punish you.

I’ve stopped doing that though because: 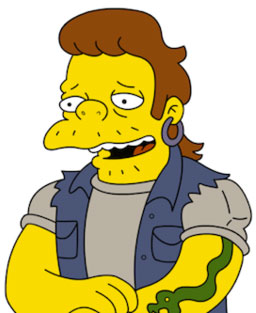 There is a certain glorification of finding the next cool trick to manipulate your way to success, and nothing that I say or do is going to change wider opinions on that, its just human nature.

I would argue though, that for 99.99% of black hats there is a much lower ceiling of earnings compared to having a roster of blue chip clients.

For me then, the answer is clear:
To really make it in this industry, you have to do it the white hat way.
That doesn’t, nor should it, preclude you from testing things until they break.  That way you truly understand how things work, and you are qualified to make a genuine risk/reward judgement.

Open Discussion: Would you / Do you engage in blackhat? Would you recommend others to get involved in BHSEO?